“I do not admit”, said Churchill in 1937, “that a great wrong has been done to the black people of Australia… by the fact that a stronger race, a higher-grade race, or, at any rate, a more worldly-wise race, to put it that way, has come in and taken their place.”

One hundred years earlier, the South Australia Company set foot on and appropriated the lands of the Kaurna people of the Adelaide Plains, and, in spite of the preponderance of well-thinking utopians among the settlers, Kaurna traditions, language, land-management practices and very largely the people themselves, did not fully survive the – let’s say it clearly – invasion.

Quite recently attempts have been made, partly on the model of the reformulation of the Israeli language, but mostly through the physical and moral survival of the Kaurna people and a new generation of Adelaide University linguists, to reconstitute the Kaurna language, of which a sizable vocabulary, episodic conversational practices, and smatterings of grammar have come down to us due to the efforts of a few German Lutheran missionaries.

Seventy years ago, a new influx of people onto the Adelaide Plains saw a new soft-core xenophobia slide back into the everyday life of well-meaning South Australia, as refugees fleeing post-war Europe set to making a new life for themselves amongst a population that knew only English and a little Latin in the higher climes.

One of these new arrivals was Eva Chapman.

Butterflies and Demons is her story, and her version of the story of the Kaurna.

From the outset let us say this: Eva Chapman has written an important book.

But it is an important book.

Taking as its premise a parallel between the prejudices suffered by refugee migrants to South Australia and the sufferings of the local aboriginal populations since the establishment of the colony 110 years earlier, it soon becomes an intensely researched history whose contribution to the understanding of the Kaurna people’s dispossession and virtual destruction will be seen to be on a par with other recent attempts to re-establish the life, lore, and language of a community who, like so many aboriginal nations across the continent, have refused to fulfill their piously ascribed destiny of just dying out.

The book takes a bit of getting used to.

The Adelaide working-class suburb that the refugee girl grows up in is as unattractive as the neighbours are unflinchingly repulsive in their attitudes, and the interspersion, chapter by chapter, of the refugee experience with a recreation of the first-contact Kaurna and the Europeans looks set to falter in its artifice.

What holds it together, however, other than the immediately apparent depth of the research and the personal witnessing of the refugee experience, is the brilliant device of the Greek chorus, through which the author allows her anxieties concerning her unconscious motives for writing such a presumptuous book to find outlet and to defend themselves against the inner demons of white prejudice, a chorus comprising idealised, angry and compassionate tribeswomen of the area and an Eastern European counterpart acting as the refugee child’s guardian angel.

If at first the reader suspects the device, as the novel progresses it becomes essential both to the rhythm of the work and as a measure of the author’s integrity, as well as prolonging the magical existence over time and space of the Kaurna people and their neighbouring kinspeople.

The decline and degradation of the Kaurna (not to mention the Wirra Wirra, Moorundie, Peramangk, Ngarrindjerri, to name but a few), the situation of utter impossibility imposed on them by colonisation – as it was and still is imposed upon even the most well-meaning and compassionate of the colonists and their inheritors, including Chapman herself – grounded in the simple fact of dispossession and repossession, is well drawn throughout the book, which demands, and rightly so, that the reader stay alert to and acquainted with the Kaurna personal and place names and terminologies as they arrive.

And Butterflies and Demons is not without its surprises.

True, it is still unnerving to be reminded that our forbears were thieves and that we are still in receipt of stolen goods; true it is always distressing to remember the disloyalty, the condescension, the hypocrisy and the brutality that the European populations visited upon the original inhabitants of the Australian continent; true, it is appalling to realize what little has been achieved despite real and symbolic attempts to right wrongs.

And yet there is a groundswell of opinion that is rising on the awareness, not of the harried and helpless guilt of original and protracted sins, but of what we, the white populations of Australia, have lost in erasing aboriginal culture, the local knowledges that could have created a truly Australian cuisine, not to mention land-management programmes, the local languages that could have, if taught and allowed to flourish in both communities, contributed to a sense of local identity and purpose throughout the nation, and the spirituality from the earth to the stars of which we could all today be proud partisans.

Eva Chapman’s fine book, part oral history, part exciting new research, a hybrid of history, literature, and reportage is both a product and a protagonist of this rising tide.

It deserves to be read.

It deserves to be remembered. 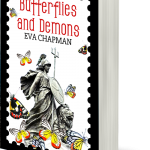