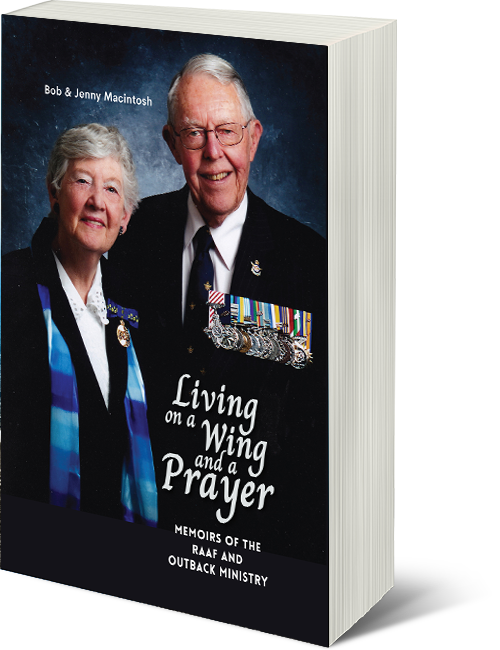 Living on a Wing and a Prayer is the loving memoir of Bob and Jenny’s life during the time they were stationed with the RAAF in Southeast Asia and Australia, then with the Uniting Church in outback Western Australia.

As a fighter pilot, Bob flew missions during the Korean War, and as a helicopter pilot in the Vietnam War. He was later to become the Commanding Officer of Base Squadron at Edinburgh, South Australia. After retiring from the RAAF, Bob became a minister for the Uniting Church in Bordertown, SA, then Murchison, WA.

After Bob’s death in 2019, Jenny resurrected the old notations and memoirs they had begun together in the early part of their lives together, immortalising them in this book.

Living on a Wing and a Prayer is an unforgettable portrait of Australian life in the 1950s to 1990s. Set against the backdrop of their ever-changing location, Bob and Jenny’s adventures will leave you marvelling at the indomitable spirit of two people determined to improve the lives of everyone they encountered.

Other books by Bob & Jenny Macintosh