The Girl With the Cardboard Port 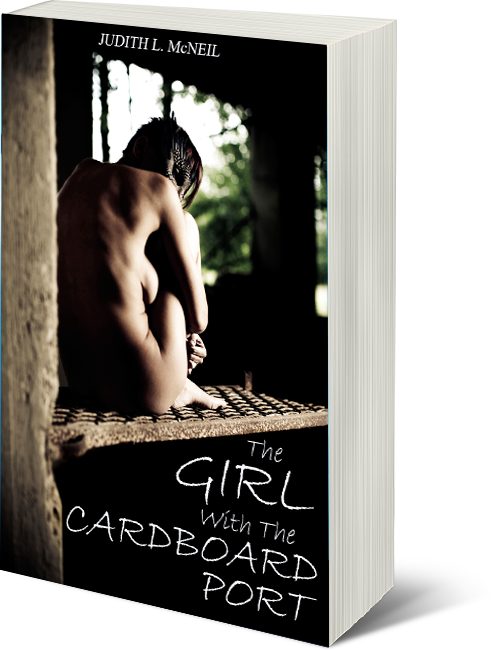 Judith McNeil’s story begins at a railway station one cold morning in 1957. She is about to embark on a 1000-mile train journey with her mother, her younger siblings and a black coffin that contains the body of her father. Their destination is Brisbane and the home of Judith’s domineering aunt. She is only fourteen.

For Judith this episode marks the beginning of ten years of deprivation, extreme poverty and abuse. Her mother re-marries a mean-spirited alcoholic. She spends time in a Catholic correction facility for wayward girls – her only crime it seems is making friends with a local Jewish boy. She is forced to flee when she almost kills her stepfather after finding him trying to drown her mother in an alcohol-fueled rage. With a girlfriend she hitchhikes to Sydney, her few belongings packed in a cardboard port, or suitcase. They are given a lift by two drivers. Payment, Judith discovers upon arrival in Sydney is sex – she is raped.

Finding work in a small Chinese restaurant gives Judith the security of a job and income. Here she meets and falls in love with a Singaporean man, and becomes pregnant. After they marry, he sends her to live with his family in Singapore while he remains behind in Australia to continue his studies. Still only a teenager herself, Judith finds herself abandoned in a strange country, living with disapproving in-laws in a tiny apartment. She has one baby and another on the way.

The twists and turns of Judith’s subsequent life make for compelling reading. Loathed by her husband’s father, she is taken to live in an apartment in Kuala Lumpur, then dumped with her children in a small kampong on the outskirts where she is at the mercy of one of Malay’s headhunting Dyak rebels. She is forced to turn to prostitution to feed herself and her children. Her husband returns periodically, with expensive dresses and jewellery – she is a ‘trophy wife’ brought out only to accompany him to glittering society balls and work functions. Mostly, Judith lives in fear for her life and that of her children. Ultimately, she is faced with a devastating choice: to escape her nightmare world she will have to leave her children behind.

“This is the story of a young, naïve country girl who endured a decade of deprivation, poverty and torment, a girl who ultimately prevailed against almost impossible odds. It is my story. The words are mine alone, as are the memories.”

Other books by Judith McNeil