The Golden Chalice A Pilgrim's Chronicle 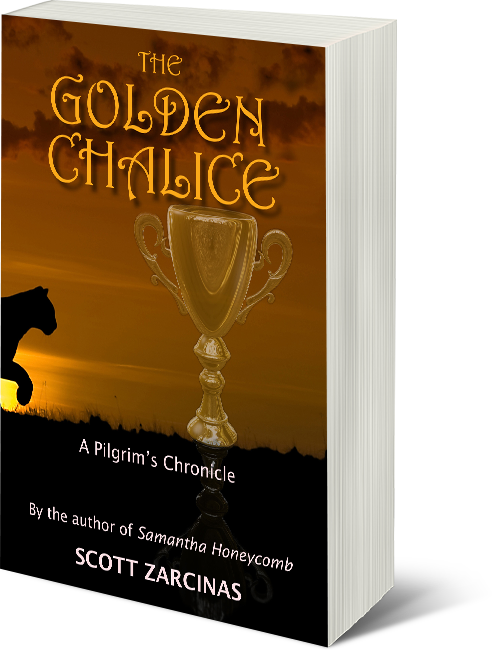 Fleeing the dreaded plague that has struck his village, the orphaned Giacomo heads to the mountains and its mysterious Golden City in search of the Elixir of Life, the only thing that can save the village and the woman he loves.

His quest brings him face to face with the Six Thieves, cunning enemies that will stop at nothing to see him fail, and even with the Angel of Death herself.
​
In the tradition of The Pilgrim Chronicles set by Samantha Honeycomb, The Golden Chalice is a compelling adventure story of self-discovery.

Other books by Scott Zarcinas