Vulnerable but Invincible Memoirs of a Singapore Doctor in Australia 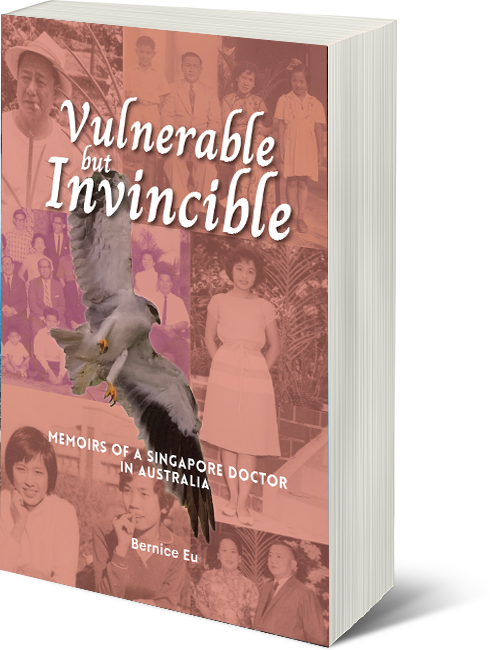 Vulnerable but Invincible is the memoir of Bernice Eu’s life during her childhood in Singapore before and after World War 2, then as an adult settling in Australia in 1958 to attend medical school.

Bernice weaves an unforgettable portrayal of life through the eyes of an immigrant to Australia in the 1950s through to the 1990s. Within the setting of her ever-changing location, Bernice’s adventures as a doctor in outback South Australia, then later as the first-ever Asian woman elected to the South Australian State Parliament, will leave you marvelling at her ‘vulnerable but invincible’ spirit.

Join Bernice as she guides you on a journey through childhood, university, travelling, marrying, doctoring, politics, family life, and more of her extraordinary life’s experiences.

Other books by Bernice Eu